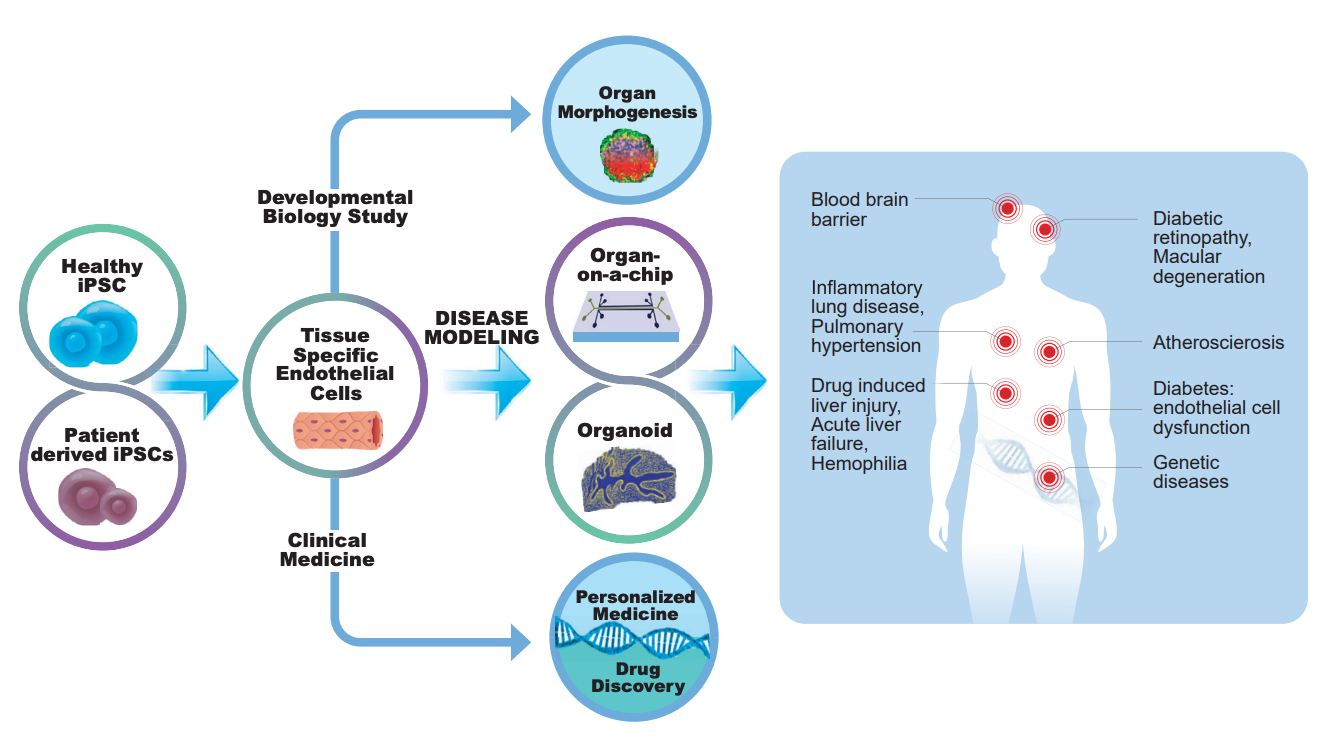 Our lab is at the forefront of vascular differentiation and morphogenesis. We were the first to derive a bicellular vascular population from human PSCs, early vascular cells (EVCs), which can mature into functional ECs and pericytes. We have demonstrated that these EVCs can also self-organize to form microvascular networks in an engineered matrix that survives implantation, integrates with the host vasculature, and establishes blood flow (1). In another set of studies, we were the first to demonstrate the maturation of contractile and synthetic vascular smooth muscle cells (vSMCs) from PSCs (2) and further defined a repertoire of functional phenotypes in vitro specific for each of the human perivascular cell types (3). We further studied differentiation in low O2 conditions, hypoxia and found that during the early stages of differentiation, hypoxic environments enhance endothelial lineage commitment (4) and that responses to flow differ among different hPSC-derived endothelial cells through cilia modulation (5). In more recent work, we have investigated how endothelial cells derived from hPSCs interact with the ischemic tissue. We found that ECs derived from hPSCs recruit to the ischemic retina, rapidly integrate with the vasculature, and contribute to its regeneration and function (6).

These seminal studies provide a fundamental understanding of human development and disease and enable their analysis for translational research. These studies provide the foundation for unraveling the impact of microenvironmental cues’ impact on vascular fate decision and assembly.